This narrated video demonstrates an anterior approach levator advance procedure for the correction of congenital ptosis. It discusses relevant aspects of the anatomy of the levator muscle as well as skin crease reformation.

In congenital ptosis, the skin crease is often less pronounced or absent as in this case, presumably because of the reduced function or insertions of the muscle 다운로드. The crease is marked at 8mm centrally, 5mm above the lateral canthus and 4mm above the medial canthus

A blepharoplasty is not being undertaken as there is no skin redundancy.

The skin is incised.

A high temperature cautery or hot wire is being used for dissection.

The posterior surface of the retractors is dissected free from the underlying conjunctiva. One can either dissect between levator and Mullers to create a levator flap or between Mullers and conjunctiva to create a flap consisting of both retractors 윈도우10 1803 다운로드. While there is no evidence to guide the choice, intuitively it seems prudent to use both retractors in congenital ptoses given the reduced levator function and sometimes a levator only flap does not appear to adequately elevate the lid.

The lateral horn is the fan like extension of levator aponeurosis that attaches to the lateral retinaculum and lateral tubercle just inside the orbital rim 다운로드. It is transected at angle of 45 degrees medially and superiorly which avoids the lacrimal ductules. This allows levator to advance more freely

A quick check of the lid contour and the position of its peak aids suture placement.

A double ended 6-0 vicryl suture is passed partially thickness in the tarsal plate 다운로드. The lid is everted to ensure it is not full thickness.

Each of the two needles is passed from the posterior to the anterior surface of the levator.

The suture is tied on a bow and the lid position checked.

The lid is marginally too high. The sutures are placed a couple of millimetres lower on the levator aponeurosis 다운로드. The lid position is better. The levator has not been advanced a huge amount and just a small amount of its terminal end and adjoining orbicularis is resected.

This patient had no skin crease on this side. In this case, the orbicularis of the inferior incision edge is being sutured to the terminal end of the levator aponeurosis in a few places 다운로드. This is thought to create a soft or less dense skin crease. This contrasts with the more widely used technique in Caucasian eyes of including a small bite of levator in the skin closure. There is very limited evidence for different skin crease reformation techniques and their outcomes in Caucasian eyes, but there are theoretical downsides to including levator in the skin closure 다운로드. Firstly it may be at greater risk of slipping with resultant loss of the skin crease or change in its position because of the repeated pull on the closure from blinking. Secondly it is contrary to usual surgical teaching to include some internal tissues between skin edges. Finally, electron microscopy studies have questioned whether there are indeed slips of levator that attach to skin slui exe. The skin is closed with a running 6-0 suture. 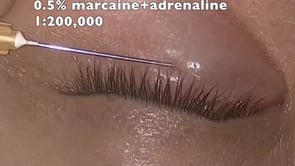 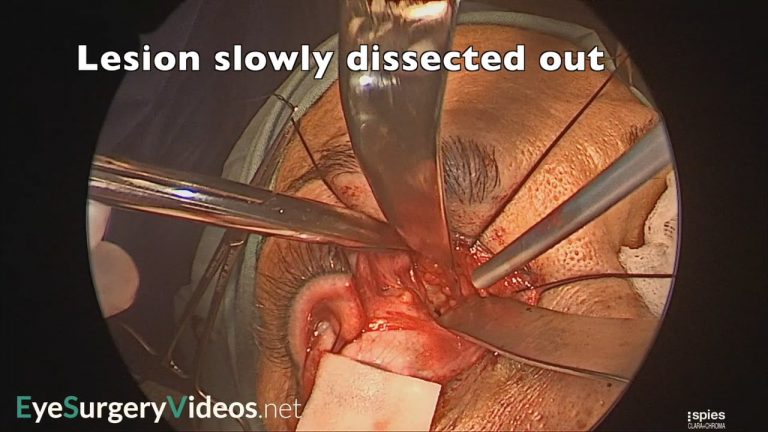 Surgical approaches to the orbit 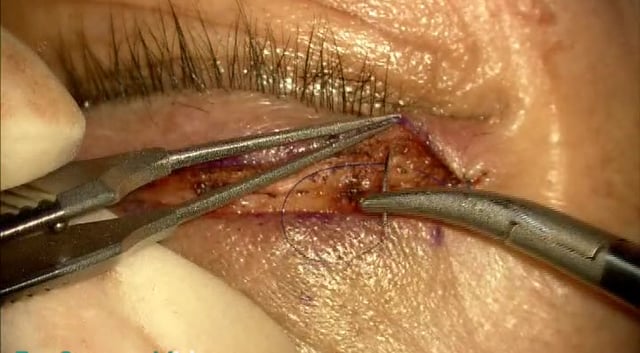